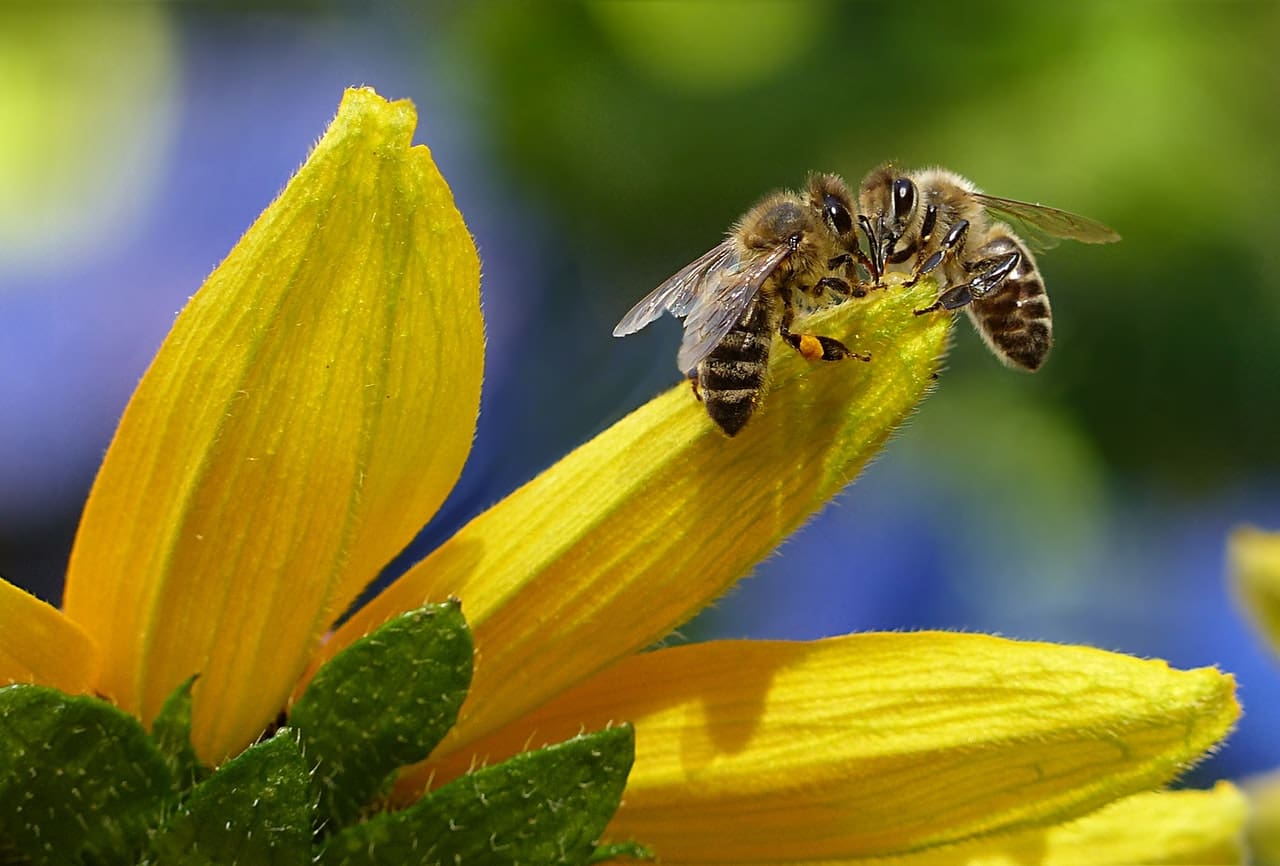 Not too long ago, killer bees or Africanized bee attacks were only a distant threat or unfortunate news story from some far away place. Not so anymore. In these southern states, they’ve been right in our own backyard for a while now, and as Woods Houghton states in the following article, they’re here to stay. So it’s a good idea to know a little bit about them to keep yourself safe.

For do it yourselfers and home owners who work outside a lot, this is important information. It’s one of the last things you would expect while gardening, landscaping, or mowing the lawn. So the first step to being prepared is simply being mindful and aware that Africanized killer bees are a possibility. Read the article below for some good information and safety tips.

In light of last weekâ€™s Killer bee headlines I thought I would reflect and review safety precaution involving all bees. Africanized bees are now part of our environment, like rattle snakes, cockroaches, and flies, we have to learn to coexist with them and limit adverse interaction with these insects. Last week we had a very serious incident which could have cost a man his life and did kill a dog and injured other animals. It was good to hear and read correct information being related about Africanized bees from the fire department and professional pest control operators. Good job guys. I publish this news release every year in hope of reducing such incidents.

Africanized bees are a much more aggressive honeybee than European bees domesticated to produce honey. These are wild bees and are not predators of humans and other life forms. They do not hunt down people to harm them. They do react very aggressively to what they perceive as an attack on their hive which contain their young. When they are swarming or when they are foraging for food they are not as aggressive as when they have established a hive nearby and are defending that hive. Their venom is no more poisonous then their European count parts. However, when they react to defend their hive the number of bees responding will be 15 to 30 times as many and can number in the 10s of -thousands. We no longer sample bees from Eddy County, the African bee genetics are in most feral, non-kept hives and have been for more than 5 years now.

What should you do about the Africanized bee? Take some common sense precautions:

Make a bee patrol around your home once or twice a week during swarming season (March to October). Listen for the sound of bees in the air. Persistent buzzing may mean a hive or swarm is nearby. This should be done prior to starting a lawn mower or other equipment. Lawn mowers and equipment with magneto ignition seem to integrate bees both African and domestic. Bee-proof your home by filling in potential nesting sites such as tree cavities and holes in outside walls. Put screen on the top of rain spouts and over water meter boxes in the ground. Remove piles of trash and junk. If you see a swarm, or a hive do not antagonize them by squirting them with anything or throwing rocks or start the above equipment.

If you discover a bee colony or hive, don’t disturb it. Find out who removes or destroys wild colonies in your area and report it to them. A list of pest control operators and beekeepers that have been trained to remove bees is available from the extension office. These businesses do charge for their services. The property owners where the bees are located are responsible for their removal. The fire department, the county vector control, and extension office do NOT remove hives unless it is an emergency, someone under attack. If you see a bee colony on public property notify the agency responsible for management of that property. If it is at a city park, call the city, if it is BLM land call the BLM etc.

If attacked by honeybees, your best defense is to run away as fast as you can. Seek shelter immediately in a building, a car, or heavy brush. Protect your face and neck the best you can. Standing still and calm does not work with Africanized bees as they are aggressive. Domestic bees are different in this behavior. DO NOT SWAT or KILL BEES that sting you or someone else. This will increase the ferocity of the attack.

The major immediate danger is being stung on the face and neck causing swelling and collapsing of the air way. The average 150 pound person can take about 200 stings before the venom toxin is dangerous, but it only takes a few stings to cause swelling and blockage of the air passage. Protect your face and neck! Insect repellent that contains DEET may repel them for a short period of time. Do not jump in water. The bees will wait for you to surface for air and sting your face causing airway obstruction.

If you are stung many times or have an allergic reaction seek medical attention immediately.

If you observe someone being stung, and they are unable to run or seek shelter, call 911 and report it. If you go to rescue them without protection, you will be attacked as well. DO not call 911 to report bees unless they are attacking. Then they are life threatening and DO call 911. This is only for life threatening situations where a person is being stung or has been stung and is in shock, respiratory failure etc.

If you are allergic to bee stings, or think you might be, consult your physician for the best precautions to take.

More people and animals probably will be stung by bees. These insects are established in Eddy County and will be part of our ecosystem for now on. They cannot be eradicated and they will not leave. Some individuals may be stung hundreds of times in only a few moments. The Africanized bees killer reputation is greatly exaggerated, but it does have basis in fact. People and animals have and will die from their attack. Most often the persons or animals that have died were not able to get away from the bees quickly.

It does not have to greatly change the way people live and work and play. People in south and Central America have lived with this insect for several decades without great difficulty, but some people are injured every year.